Death and Purpose in Gaming

If you game long enough, one of your characters is going to die. In all likelihood, this is going to happen sooner, rather than later. I mean older editions of D&D have a pretty high lethality rate and there's only so much a 1st level character can do to survive. Bad choices or bad luck can contribute to a character's death and it can be quite frustrating.

I'm not here to address that. My point of view is that anyone who chooses to take their first steps into a career that involves going into monster-infested caves full of traps, poison, profane magic and arcane puzzles in search of lost riches probably recognizes that they're choosing a very high-risk/high-reward profession. I'm here to talk about character death when it happens to the character you've put a few levels into, that you've crafted, invested in, and really become attached to. Because, taken at face value, it sucks. But, if you take a different point of view, you can lessen the sting of death.

Many players I've seen over the years expect their characters to survive simply because they've got "plot immunity" or that they're player characters. Somehow they think this makes them immune to death. I've met more than one player who thought a DM wouldn't kill them because "without player characters, there is no game." That's more than a big arrogant and to be honest, as a DM I always found it a bit insulting. This isn't as common among experienced OSR gamers, who recognize that early editions of D&D explicitly state that there can often be a high lethality rate - especially at low levels, and that the DM is under no obligation to fudge the dice if they render you dead.

On the other side of that coin are players who look at the characters they play as disposable. "Well, I'm going to probably die, so why bother getting invested?" I've seen players do this over, and over again. Sometimes it happens when they're frustrated at a game's high lethality (which when combined with an inexperienced player can be particularly daunting). But, to my surprise, over the years I've seen many gamers who just see characters as a piece of paper with statistics who is going to eventually catch a streak of bad luck and die pointlessly. If it dies, just make another - no real sense of investment or loss. This frustrates me as a DM, because D&D is a role-playing game, not a small-scale miniatures war game. Yes, combat is an important part of the game and its contribution is to be respected, but so is role-playing. I've seen gamers who don't even name their character. Instead, they simply call them "The dwarf fighter" or "the chaotic halfling."

The key factor is both of these flawed philosophies is that the player's view of character death is preventing them from role-playing. But the fact is death is a part of the game. The flaw I see is a perception that character death invalidates the experience of playing that character as a whole. As if none of it matters, because the character is now dead. The villages you saved? Still saved. The dragon you defeated? Not exactly gonna rise from the grave now that you've shuffled off the mortal coil. Your character may be dead, but they lived an extraordinary life, and if they're lucky they had a pretty cool death.

As a player, I love a good character death. If my character died for a purpose, then its worth it. If I was true to the character without damaging my fellow gamers enjoyment of the campaign, then I did something right. A prime example if a death that could be meaningless, but was given purpose is the death of Boromir in The Lord of the Rings. 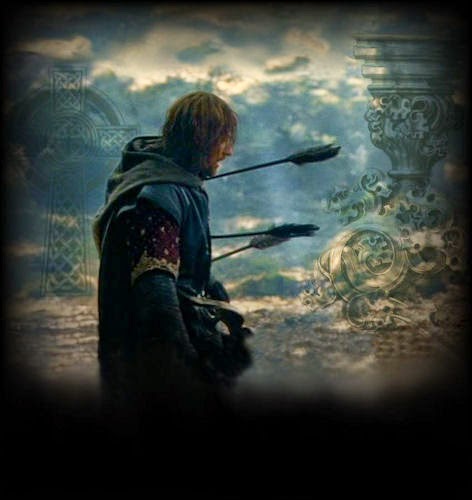 By the dice, Boromir got bushed wacked by a bunch of orcs and eventually they just took him down. Purely based on dice, this is a pretty lame death. No one wants to go out like a punk. But, Boromir's death has more gravity because it had purpose. Boromir's player had taken the time to role-play his character with both PCs and NPCs, so they understood that character and his place within the dynamics of the party.

But, meaningful death requires a DM who is willing to work with the players. So, continuing the Boromir example, our good Captain of Gondor has just been killed by a bunch of orcs. A few rounds later some other PCs (Aragorn, Legolas and Gimli) finally reach him. The DM could easily say "Well, you see Boromir's dead body laying there, riddled with arrows."

Instead, the DM gave the players a golden opportunity. He gave Boromir a moment, a few final words, so that all of that character's role-playing paid off in one final, touching speech before he was "officially dead." So, for statistical purposes, Boromir couldn't be healed, revived, or saved. But for role-playing purposes he is given an opportunity to create closure for his character and his death will have meaning for the rest of the party.

The point is, role-playing isn't about your character living on forever. The point is to tell a compelling story and have an interactive experience that's fun for everyone. If players can try to remember that, then when their beloved character dies, hopefully they've laid the groundwork and invested the role-playing time so that it doesn't feel like their time was wasted. If DMs remember to give players opportunities to role-play and develop their characters if an early death comes, then they'll be rewarded by seeing a meaningful chapter in their campaign unfold at the table.

Remember, some of the greatest heroes out of legend end their journey with an early death. King Arthur, Sturm Brightblade, Boromir of Gondor, just to name a few. These deaths are tragic, yes - but beautiful and meaningful. These are characters we remember with a touch of sadness, but the important thing is that we remember. 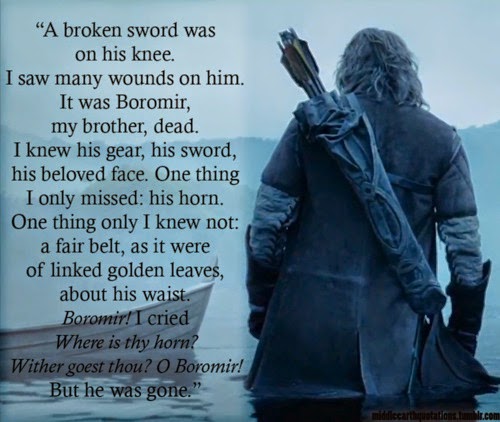