The draft is done. The art is done. The Hero's Journey, Second Edition is currently in layout and editing. It's been a long, strange process for me. This is the most personal writing project I've ever undertaken -- even more so than White Star. A lot of the thanks for that go to Alan Bahr, who encouraged me at every step to break out of my own patterns and to write the game I wanted to make during every step in the process. And that's what I did. I genuinely love this game, and I really hope you will to. 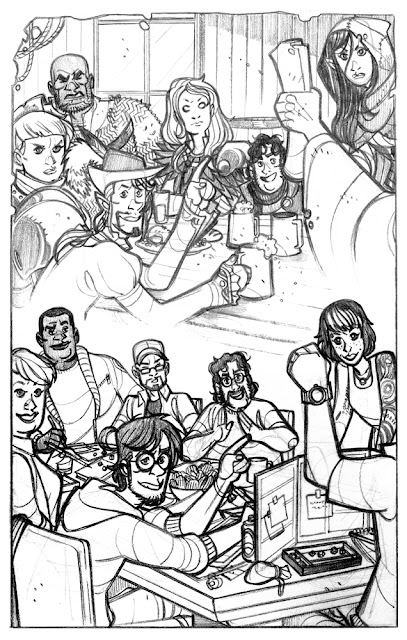 The Hero's Journey, Second Edition is, literally, my dream game. Not just the rules and the text, the whole thing. I got my first choice for the cover artist (the amazing Jon Hodgson). I got my first choice for interior artist (the irrepressible Nic Giacondino). From top to bottom, everything in this little game falls on me. If you love it, I'm humbled. If you hate it, blame me.

I said in my last post, that I was gonna talk about Lineages in my next blog post. Well,  I changed my mind. I wanted to talk a bit about the art. First of all, it's amazing. I got to include custom art through out the book, crafted to my specifications. That is a rare gift in a small publisher (thanks again, Alan). To that end, I wanted to talk about the art in The Hero's Journey, Second Edition beyond the visuals. Each of the game's eight classes features an iconic character. As the art continues through out the book, those eight iconic characters appear over and over again in almost every piece. That is intentional. This is a game about heroes going on a journey (it's in the title). I wanted to showcase those heroes as much as possible -- and Nic did an amazing job bringing Flynn the Half-Elf Bard, Bandoras the Halfling Burglar, Kara the Human Knight, Willow the Elf Ranger, Puckstone the Dwarf Swordsman, Tesh the Changeling Warrior, Evelyn the Human Wizard, and Tucker the Human Yeoman to life. 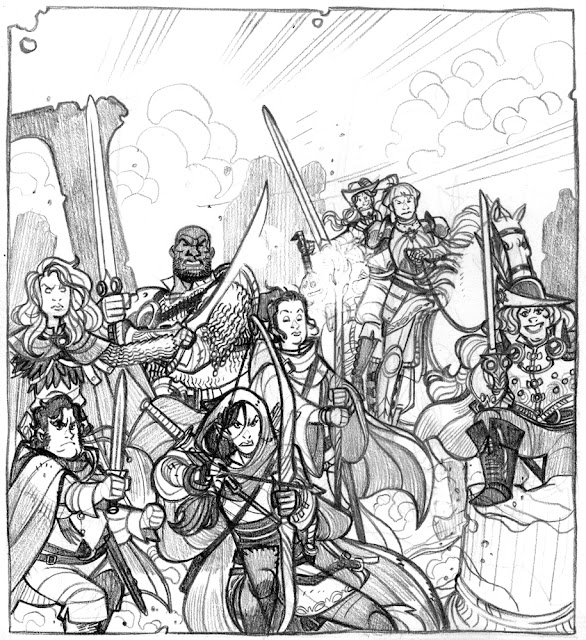 But more than just the heroes, this is a game about the people playing them and the journey they take together. The bonds we forge at the gaming table over dice and glorified games of pretend change our lives for the better and I owe a debt of gratitude to everyone who ever contributed to a roleplaying game I played. Every close friend I have is someone I met through gaming. My brother and I became close because of a shared love of D&D. I met my wife at a tabletop game. In short, I love all the adventures I've had because of the table, not just at the table.

In this article I'm showcasing three of my favorite pieces Nic did for The Hero's Journey, Second Edition. We lovingly call them "Players," "Assemble," and "The End." But these three images encapsulate so much of what I love about this little game that'll be releasing in the coming months. The shared stories, the shared adventure, the discovery that we're all in it together -- both at the table and away from it. Thanks for coming with me. I hope we have a long, grand adventure together. 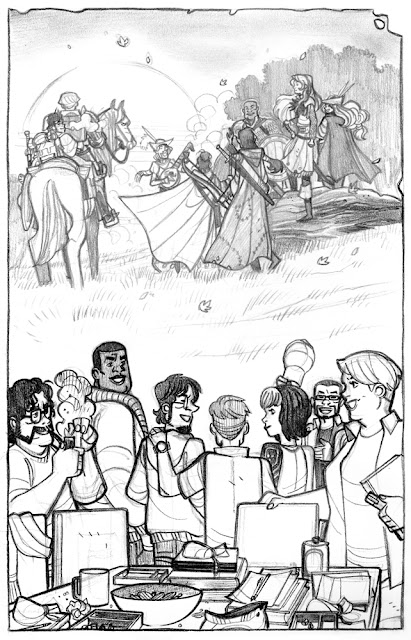