It wasn't intentional, but its appropriate that this is my 100th post. A small milestone of sorts, I suppose. My brother introduced me to gaming in 1987 and I spent hours pouring through his AD&D books and not really understanding. While Star Wars was the first RPG I really got, I truly came into my own as a D&D player in 1991 with the release of the "Black Box." 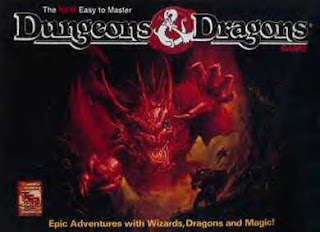 My then friend Doug and I spent endless weekends exploring the dungeons of Zanzer Tem, he as the DM and me as the player. No matter how many times I kept dying I always made a thief and I always went back. Over and over and over again. It was absolutely glorious. Well, today I received an ebay purchase in the mail. It is "The Classic Dungeons & Dragons Game," which is a reprint and reorganization of the black box. It was a glorious, beautiful time machine of a product. From the first page it came flooding back. The things I'd forgotten sprang into my mind. I smiled as I recalled delivering the lizard to Tem's dungeon - "Oh yeah! That is how it went!" 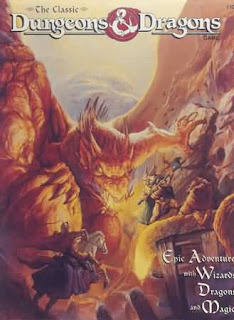 It was just pure, unfettered joy. The kind a 12 year old kid experienced in 1991. And it was awesome. It still is, to be honest - even though age and mileage have taken their toll on me in the intervening 25 years. A big part of the OSR and its appeal is definitely the nostalgia factor, but that's not a bad thing. Nostalgia is about the freedom and joy of youth. Those bright, eager smiles and that sense of wonder all came flooding back as I read through this little box set again. It was, and still is, awesome. 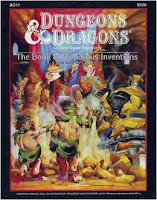 Oh! Speaking of wonder, the sell included a copy of The Book of Wondrous Inventions. A basic D&D release I'd never heard of. It's a book of crazy, foolish and almost impossibly useless items that were clearly written as a lark or a joke. Not something I'd include in my games these days, but back then? Twelve-year old James would've had those crazy contraptions all over the place.

Why? Because they're cool.

Come to think of it, maybe I will slide one or two of those items into a game sometime in the future. Twelve-year old James would, and he had a helluva good time.
Posted by James M. Spahn at 6:54 AM