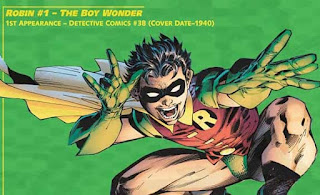 So, I've always been a fan of comic books and superheroes. When I was younger I gravitated towards really like Robin during the Robin III run. Robin did everything Batman did - but without the money, the training, or the experience. That was a character I could relate to as a kid. The little underdog.
The classics, in particular Spider-Man and a few other more obscure heroes like Darkhawk. I grew to really love Batman because he was an ordinary man who took justice into his own hands and from Batman I grew to

As I've grown up, my love of superheroes hasn't diminished, but it has changed. My father took me to see The Rocketeer as a boy and introduced me to the pulp heroes of the 30s and 40s - which I love to this day. An extension of that, I developed a love of superheroes from that era. As I age and settle into my everyday life I come to love more "boy scout" superheroes. Captain America, The Rocketeer, and much to my surprise, Superman.

There's something endearing to me about the absolute certainty in characters like Captain America and Superman. They know they're doing the right thing, the good thing. My gaming style has followed. I prefer Lawful Good characters. Stout halflings, dedicated knights, and noble warriors. The theme remains the same on both fronts.

I think this comes from living in a world where seeing what is good and what is evil is not always so easy, but can still be seen. Choosing to do good over doing what is easy. Maybe its because we live in a world where easy choices are the expectation and hope is the exception. But characters like Superman, Captain America, Samwise Gamgee and so many others tell us that it doesn't have to me. It comes down to a choice we make. It doesn't matter whether are powere by a yellow sun, a simple gardner, or an everyday person. Being a "Boy Scout" is an act of hope, an act of defiance; in a world of endless grays we can choose to see black and white - if we have a bit of hope. 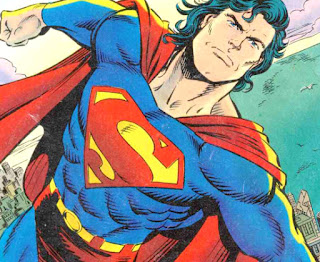