These Dice Ain't What They Used To Be

So, tonight I unexpectedly got to play in a 5e game. I was thrilled to do so and had just said to my wife "I really need to play D&D, it's been weeks and I miss it." Well, someone out there heard me and granted my wish. Thanks, Universe.

I made my character easily enough and we sat down to play. From 6:30 to about 9:15. Not a long session, by any stretch. But here's the thing - I had an absolute blast. For two hours and forty-five minutes, I was Dregnr Bloodbeard, Dwarf Barbarian, and it was pure fun. Never once did I feel fatigued or overwhelmed, nor did I wonder if gaming was "worth the effort." 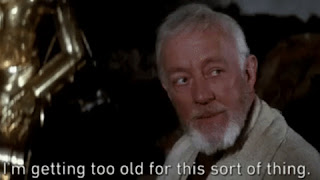 I learned something about myself - maybe I ought to slow down in my "old age." Ten years or fifteen years ago, a four hour session was standard. We often pushed for six or even eight hours. But tonight's "shot in the arm" of gaming, really felt just right.

For a long time, I had considered getting away from the table both as a player and GM. Just focus on design and playtesting. But tonight taught me that maybe, if I take it a bit slower and in smaller doses, that it's still as much fun as ever - even after 30 years.

This also reenforced why I love the OSR (and particularly White Box) so much. With rules light systems, you can get a lot of active gaming in, in just a few hours. That way time doesn't feel wasted by looking up rules, modifiers, and outlying material. Just leap right into the game, and head off on an adventure. Man, it was nice to realize that I may not be as young as I used to be - but the spark is still there and adventure still calls to me. 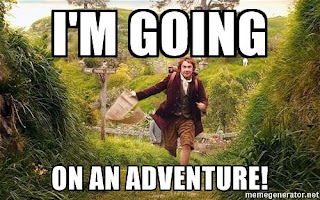