﻿﻿﻿﻿﻿Let's face it, hit points don't make a whole lot of sense. Yes, technically they're supposed to reflect a combination physical endurance, ability to avoid an otherwise lethal blow, luck and other abstract aspects of combat. But in reality it's often played as the simple ability to take damage. Shoot you with a crossbow bolt from point blank range? Eh, you'll be fine. Fall from a ridiculous height and lose half your hit points? No problem! Just became a front row viewer to Red Dragon's Fireworks? It's all good!
This has always kind of bothered me, but then again - that's the nature of fantasy. It's a fantasy, so of course you can shrug off heroic levels of damage. You're the heroes, right? Well what if you're running a grittier game and want a higher lethality rate? What if you want a soldier with a spear to be a genuine threat? What if players SHOULD run from a hoard of thirty orcs, even if they're all 10th level?

Well, a few weeks ago I had the honor of sitting down with +Adam Muszkiewicz, +R.J. Thompson and the amazing +Bill Webb be a part of +Drink Spin Run - An RPG Talk Show Podcast's Swords & Wizardry Appreciation Day special episode. And holy shit, it was fun.

Bill said something that really struck me as we were talking about DM fiat, house rules and a few absurdities in table top gaming: "I don't give my player characters extra hit points."

I was flabbergasted. Talk about brutal. But then as I heard Bill explain it, I understood his logic and to a certain degree, I found myself agreeing. So I thought about how to implement it in my own campaigns if I wanted to do something similar. Well, here's what I came up with...


Increased Lethality for Swords & Wizardry
The following rules are provided if referees want to create a more gritty or realistic experience in their Swords & Wizardry campaigns. These rules will seriously increase the lethality of a campaign where they are used. Combats will be quick and deadly, relying more on tactics and greater numbers than a few scant heroes holding off entire armies of goblins or facing down a fire breathing wyrm.
Hit Points: Characters roll their hit points for every level of experience they gain. In addition, characters no longer gain additional hit dice or increased hit points after reaching 3rd level. They can still benefit from magical items that grant a permanent increase to hit points, but they will never again earn hit points when they gain a level. No other abilities are restricted or reduced when they gain levels.
Armor & Shields: Instead of increasing a character's Armor Class, armor provides a small amount of damage reduction by protecting him with boiled leather, chain armor, plate mail - or whatever other armor they are using as determined by the referee.
Shields, on the other hand provide a bonus to armor class because they are specifically designed to avoid and deflect attacks. They do not, however, provide any damage reduction.
Example: John is playing a 4th level Fighter. He has a total of 15 hit points. (Normally this fighter would receive 4d6+1 per Swords & Wizardry WhiteBox, but because of the optional Hit Points rule notated above, he stopped gaining hit points after 3rd level, thus keeping him at the 3d6+1 total he rolled upon reaching 3rd level.) John's character is wearing plate armor and carrying a shield. Thus his armor class is 6 (or 13 if using the optional ascending AC rules) an he reduces the damage he takes from each successful attack by 3 points.
These optional rules will provide a certain measure of protection from many hand weapons like daggers and swords, but things like Fireball or dragon's breath still remain a force to be reckoned with. Even with the damage reduction provided by armor, characters will not have particularly high armor classes in most cases and will not have a large pool of hit points to use.

Finally, this system makes protective items such as Bracers of Armor or Rings of Protection highly prized for their ability to provide the rare increase to armor class.
Maybe these rules aren't for everyone, but I feel like they add an element of realism or at least help remove or reduce the "eh, I've got enough hit points - I can take a hit" mentality that invades so many games. In fact, maybe players will be even more cautious because of how hard they've worked to reach high levels and earn the power they have achieved. High-level characters become extraordinarily rare, because the exploits necessary to achieve these levels of power are increasingly deadly in a world where you don't get more hit points as life goes on. Player characters will have to be sneaky, tactful, and maybe a little dirty - but then again, that's s lot like real combat, isn't it? 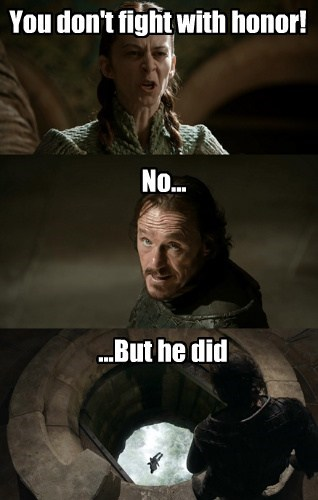