Disclaimer: It's 1 A.M., I've had a rough week at work and I'm really tired. So remember that when reading this. Anyway, on with the show...

OK, so Ultima III: Exodus (a classic computer RPG in the famous series) featured a race simply identified as a "Fuzzy" that you could play. You never know anything about Fuzzies, what they are, what they do, or what their purpose is. No sense of culture or history and they're never ever mentioned against in the Ultima series of games. 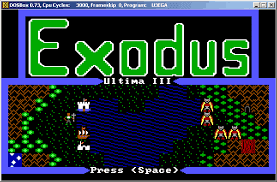 Well, in my head canon they were ewoks. Why? Because ewoks. So, it's late, I'm tired and so with that I give you "Fuzzies," a playable race for Swords & Wizardry WhiteBox.

Fuzzies are a diminutive species from an unknown realm. It is said that in there original homeland there was an ancient magic capable of creating "Moongates." Whether by their curiousity or by choice, Fuzzies (who have a different name within their own culture that is unpronouncable in most languages) came to their current homelands in which they dwell though one of these Moongates and have since established themselves as a tribal society typically found living in tree houses hidden in the deepest forests of the world.

Fuzzies are curious, eager and inquisitive. They love meeting new people and are natural explorers. Because of this, they are quick to join adventuring parties and see plunging into dangerous dungeons filled with horrible monsters as "fun." They have the appearance of three foot tall bear-like creatures, with large eyes and rounded ears atop their heads. Short fur covers their entire body, most often being grey, brown, or black in coloring. They typically wear leather or animal hide clothing and use primitive weapons.

Fuzzies may advance to 4th level. 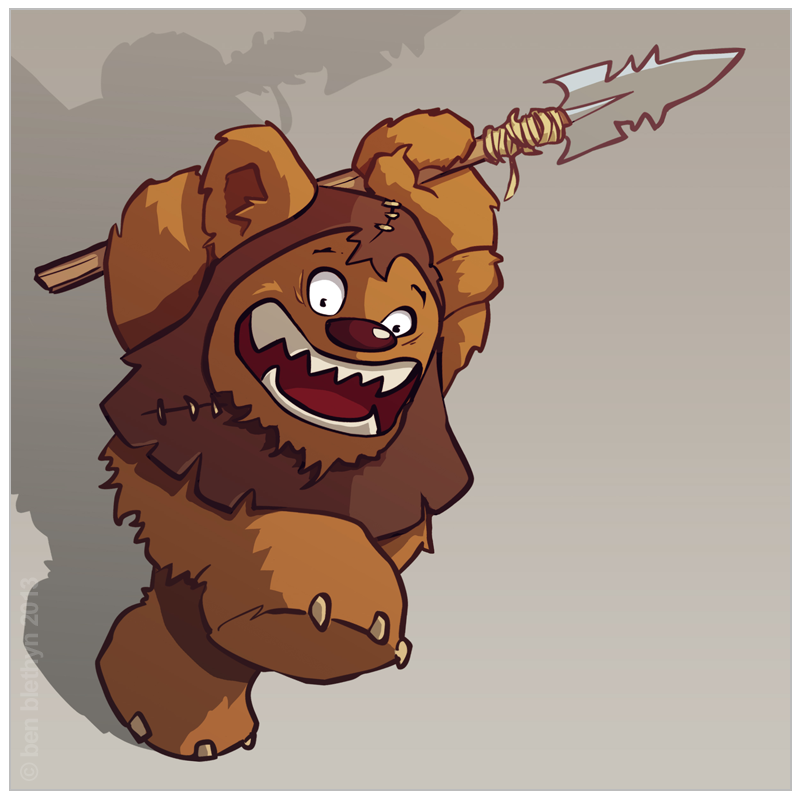 Weapon/Armor Restrictions: Fuzzies come from a primitive society and have learned to wield clubs, daggers, hand axes, quarter staffs, short bows, spears, and slings. They can wear leather armor and use shields.

Small Size: Fuzzies are typically three feet in height with quick reflexes and a keen eye. Because of this they receive a +4 bonus to their armor class when they are attacked by a creature who is human-sized or larger.

Adorable: Once per day, when encountering an NPC who is not hostile the Fuzzy's teddy bear-like appearance and childish irrepressiblity allow you to mimic the effects of a Charm Person spell against that target. They must make a saving throw to resist these effects.

Underestimated: Most larger foes underestimate a Fuzzy's ferocity in battle. During the first round of combat against a foe twice the Fuzzy's size or larger, that target must make a saving throw or assume it are not a real threat in battle. If the Fuzzy successfully makes a melee attack against any foe who failed their save you inflict double damage. Anyone who has witnessed the Fuzzy use this ability is forever immune to its effects.

Primitive Engineer (4th): Once a Fuzzy reaches level four they are capable of constructing terrifying mechanical traps capable of damaging buildings, huge monsters, and other fearsome threats. The time and costs to build these constructs is determined by the referee and a trap can only be activated once before it must be completely rebuilt. These traps typically inflict 5d6 points of damage and the target may make a saving throw to take half damage.

Saving Throw: Fuzzies receive a +2 to all saving throws made to resist poison and death because they are hale and hardy.

XP Bonus for Charisma: Fuzzies receive an additional bonus experience points for having a high charisma.

(Post Script: I was informed by +matt Jackson and Clash Bowley that Richard Garriott's inspiration for Fuzzies came from the novel Little Fuzzy, by H. Beam Piper. I had no idea and had never heard of this book, nor the author.)