I Finally Got a Chance to Play 5e

So, much to my surprise, I got a chance to play D&D 5th Edition. My brother-in-law runs a 5th ed game for his friends and invited me to join them. I'd read the 5e PHB when it first came out and it seemed to have positive reviews - but now I was going to get to finally "test drive" the game.

I decided to play a Human Paladin, based loosely off Jaime Lannister. As I made the character, hints of his own identity slipped into his creation - which is a credit to the game in my opinion. Within 20 minutes I had a character done and was ready to go. I have to say I was really impressed with how quickly I was able to whip together a character in a game that I'd only read once before. Granted, a lot of D&D's concepts have remained the same - but still. I was particularly pleased to find that the heavy use of feats had been minimized, resulting in characters beginning play with at most a single feat - and in most cases, none. 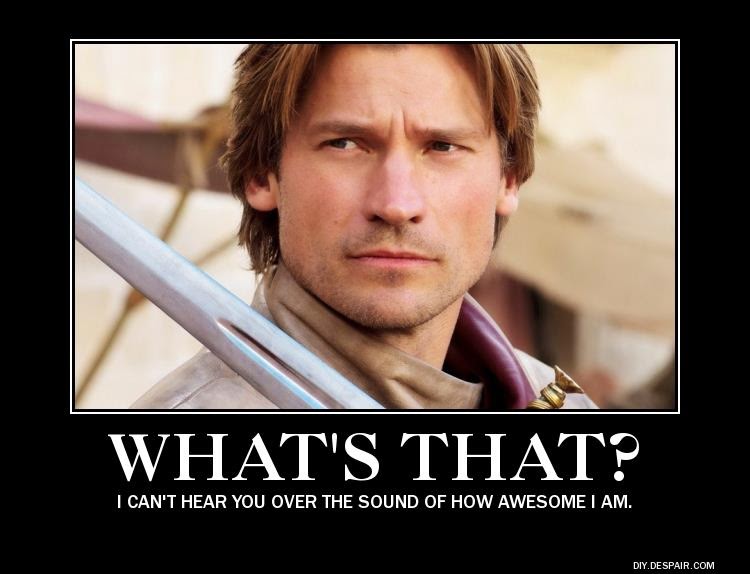 Instead, the background system is used to provide something that helps keep characters from being cookie cutter - and for the most part it works. The fact that it had an impact on the role-playing aspect of my character's creation is a credit to the system. I started off trying to build "Jaime Lannister" and in the end "Jaysen Casterly" ended up being a Paladin of Kelemvor, both proud and grim who was seeking to restore a rightful king to his throne and in knowing that all men must die and fast the Lord of the Dead's judgment, had a lust for life and all its pleasures. All that from a 3 rolls on a chart.

The big change seems to be the removal of static modifiers. Most benefits grant a +1dX or or Advantage. So Bless grants a +1d4 bonus to attack rolls, while flanking an opponent grants Advantage. Advantage is simply rolling 2d20 and taking the higher of the too. It's more random than previous versons of D&D, but for sake of speed of play it works just fine. Less time doing math, more time rolling dice - which is a good thing, in my opinon.

It reminds me the most of 3.X, if it were paired down and streamlined. It's still got a tad more fiddly bits than I'd prefer, but I think that's done to combat the "cookie cutter" problems that gamers have from AD&D.

The game slowed to a crawl a few times, but the DM is a fairly new to the hobby and really new to 5th ed. The fact that he only had to halt to look something up once or twice with a group of seven player characters shows how quick the game can play.

Over all, I'm pleased. Pleased enough to grab the core set of rules. I don't think D&D 5th ed will bcome a "go to" system for me - but it's certainly not bad by any stretch. I think it will be useful to me because it feels like they tried to balance the fast-play nature of OSR with the options of more modern incarnations of D&D - and I think they succeeded.