Yep. It's time to finally address the elephant in the room. The giant in the industry. I'm speaking, of course of Dungeons and Dragons 5th Edition. The game which started it all has been reborn from the ashes of the debacle that was Fourth Edition.  I have to admit that I went into 5th Edition with a negative bias. The previous incarnation of D&D just turned me off in every way possible. Overly streamlined, entirely too high-fantasy - it just didn't feel like the game I had come to know and love over my life as a gamer. So when they announced play-testing had begin for 5th Edition, I was skeptical to say the least.

Well, I'm not afraid to say it: I was wrong. 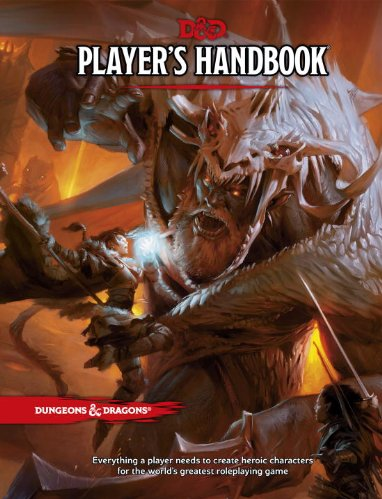 D&D 5th Edition is a very good game. It's approachable to new gamers, yet offers depth enough for experienced players to enjoy playing. It's cleaned up, well executed and looks good - except for that hideous Halfling art (but I digress). Wizards of the Coast has created a game that's modular. It's as complicated or simple as you want it to be, to a reasonable degree.

By the time a player selects their race (and sub-race), class and background, they've got a solid idea of exactly what kind of character they're playing and who exactly that person is - which is great. As a gamer, I've always been more interested in role-playing over statistics and this does a great job of combining the two and making both aspects engaging to the gamer.

Reading over the combat rules they seem fluid and consistent and for the first time since 2nd edition AD&D combat feels genuinely deadly again. There's a legitimate risk of death when you draw your sword and I feel like that's been missing for quite a long time. Again, good stuff.

So, in short - I think D&D 5th edition is a great game that will appeal to a lot of gamers. I'd certainly play it, but I don't think I'll run it all that often. There's a critical aspect of traditional D&D that is missing for me: Resource management.

No, I'm not talking about copper counting an encumbrance management. That's an aspect of the game that's fun to only a select type of gamer - but not me. Spell casting is no longer on the Vancian "Fire and Forget" system. If your wizard memorizes a 1st level spell at the beginning of the day, he has that spell all day. Now this is cool and doesn't leave your wizard sitting around bored if he's out of spells, which has benefits of its own - but there's no sense of increased tension through a reduction of resources. To me that sense of having your back to the wall and being forced to think creatively in the face of danger is beautifully expressed in traditional Vancian magic. 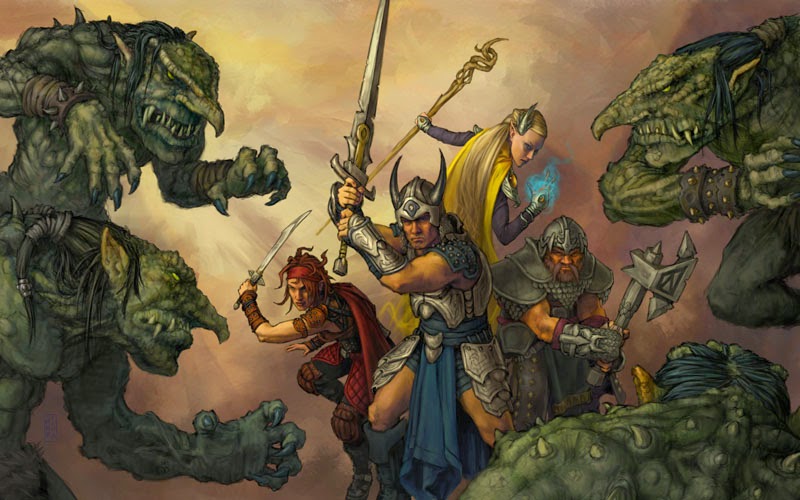 But it's more than just the change in the magic system that seems a bit "off." Characters automatically get a collection of gear that includes weapons, armor and necessary gear. There's very little concern that you've not got the right tool for the task at hand. Players are given what they need and there's no sense of accountability or learning from one's own mistakes as you play the game - or at least there's less of that present. While this is a nice safety net for new gamers, it feels like it removes the opportunity for gamers to really shine under pressure. It's a subtle element of D&D that seems to have been circumvented. In short, it feels like it diminishes opportunities to have that a sense of accomplishment a player often experiences when they're back is against the wall and they overcome an insurmountable situation through their own creativity.

So, is 5th Edition a good game? Yes. Is it a great game? I'd venture to say so. Does it feel like D&D again? Absolutely. But, I think I'll stick with Labyrinth Lord, Dungeon Crawl Classics and AD&D 1st Edition. The unexpected is an important part of the game for me, and fewer things are more fun than pulling one's fat out of the fire by the skin of your teeth. Those are the stories we tell years after the campaign has ended and I think with 5th edition, there are going to be a bit less of that.


*This review is based on reading of the Player's Handbook only.
Posted by James M. Spahn at 8:41 AM