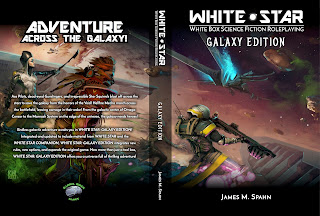 I appreciate the support and patience everyone has shown the game and apologize for the delay.
Posted by James M. Spahn at 1:40 PM