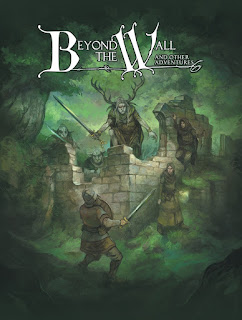 This game is a love letter to the stories of Ursula Le Guin and Lloyd Alexander, all with a healthy helping of good ol' fashioned fairy tales. I seriously can't recommend it enough - it suits my style of gaming pretty darn well and I look forward to running it in the future. You can learn more about it by checking out the Flatland Games website and RPGNow Storefront.
Posted by James M. Spahn at 10:16 PM