Get Off My Lawn: Too Many Damn Classes 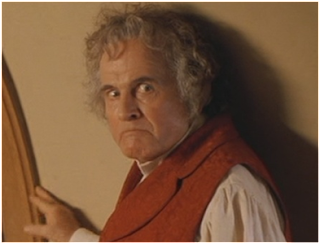 So, this blog post is going to be a bit hypocritical - and you know what? I'm OK with that. I'll preface this by saying I recognize that I have written somewhere around 70 variant classes for Labyrinth Lord to combat the exact thing I'm about to discuss, but I think part of the reason I wrote them was to address the issue in a way that was satisfactory to everyone involved. What is this issue, you ask?

Character classes. I'm pretty minimalist when it comes to character class. I really enjoy games that keep the number of player character classes down. It just makes life easier.
So, why is it that the more modern gamers and more modern incarnations of fantasy role playing games feel the need to include what seems to be a damn-near infinite number of classes for use by the players? Why is there an inherent lack of satisfaction with a the simple selection of Cleric, Fighter, Magic-User, Thief? Add non-humans (in either their Race-as-Class or Race-with-Class incarnations) and I feel like you've got a solid foundation from which you can create a fun character for a D&D game.

That being said, I recognize why classes like Assassins, Druids, Illusionists, Monks, Paladins, and Rangers were added. They add flavorful versions of the "core four" classes to help give the game a little spice - along with some mechanical variation. But are extra classes necessary? Do they genuinely add much to the game? Each of these classes can be mimicked simply by saying "I'm a Cleric who worships nature," or "I'm a Fighter raised in a holy order," and the like. A standard class can be role played in a fashion that mimics any of these classes. Granted, the abilities provided by these classes aren't granted - but for me it's not about the abilities.

It's not that I'm against multiple character classes or diverse options in a game - I'm simply saying that role diversity is in the hands of the player and how they choose to role-play their character. With that in mind, I feel that in modern games and with more modern gamers there has been (in my experience) a sense of entitlement when it comes to classes. Players somehow feel like things are "less fun" if they can't play a "Savant," or a "Fist of Raziel," or whatever else can be found that is published in some official supplement somewhere. I think the rise of D&D 3E's prestige class mechanics helped solidify this sense of entitlement.

Now, I admit this is a personal preference. The prestige class mechanic is not inherently bad, nor is any class introduced beyond the "core" classes bad simply for not being core. It's simply the idea that this overwhelmingly specialized method of providing character options prevents players from thinking for themselves when presented with only a few basic options. Instead of seeing a wizard as a "jumping off" point and developing a unique witch-doctor spellcaster who talks to skulls and casts spells through ritual dance and speaking with spirits (which mechanically is no different from how a magic-user memorizes spells for purposes of the game's rules), the player sees a magic-user as "just another magic-user." Everything becomes nothing more than what is written on the tin. This stifles creativity, in my opinion - but, then again, maybe I'm just being a grumpy old man.

In any case, this has been Get Off My Lawn: An OSR Gamer Complains About Gamers These Days - now if you'll excuse me, I'm going to go sit on the front porch, smoke my pipe and worry for the future of the world. 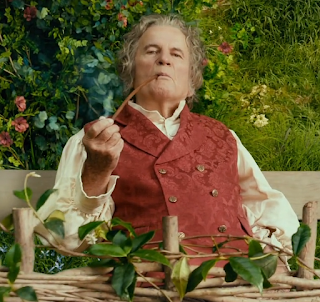